Nintendo teased Skylanders-style figures that would work with the NFC sensor in the Wii U gamepad and now we’ve got the first solid details.

The new system is called Amiibo and, like Skylanders, the plastic figures will hold character stat data. The first game to support Amiibo is Super Smash Bros. on Wii U, which releases this holiday season. Other games will feature these figures as well, including the already released Mario Kart 8.

In an additional video, Nintendo added that Amiibo characters in Super Smash Bros are playable, can team up and fight alongside you, and serve as opponents. The more they fight, the more their stats increase. You can choose which specials and abilities the characters take on as they develop. If you battle two Amiibo against each other, they’ll…

Mario Maker is a level design game where we – the fans – can create customized levels for Mario to traverse through. Easily place common Mario-themed pipes and bricks anywhere you’d like and see if you can get Mario from start to finish.

Seems like a fun and interesting way to breathe new life into a classic!

Check out the great article at IGN.com

Confessions of a Nerf Herder

With the trailer due to hit next week, Empire have managed to get hold of seven new images from Bryan Singer’s X-Men: Days of Future Past. Whilst there’s nothing massively spectacular, they are rather cool. Personally, I’m digging the Logan picture, and also the fact that we get a look at Bobby freakin’ Drake! I’m an Iceman fan, deal with it.

The Days of Future Past comic arc features an alternative future where all mutants are hunted by Sentinels after a key senator was assassinated by a group of rogue mutants. Using time travel, the Kitty Pryde tries to warn the younger X-Men of what terror is to come so that they can stop the assassination and save the future. The film adaptation is going to have Wolverine be sent back in time by Kitty, mainly due to the audience’s love of Jackman’s Logan.

Forming quite the ensemble…

Confessions of a Nerf Herder

Normally when a film’s pushed back, it’s not a good sign. So, with that in mind, Jose Padilha’s Robocop remake has had its release date pushed back. Instead of the planning 7th February, 2014 release, the film will now hits screens on 12th February, 2014. I really wouldn’t read too much into this, as it seems to be just a case of Sony moving the date to accommodate the 7th February release of George Clooney’s The Monuments Men, which is also a Sony production.

The official blurb for Robocop reads:

In the film, the year is 2028 and multinational conglomerate OmniCorp is at the center of robot technology. Their drones are winning American wars around the globe and now they want to bring this technology to the home front. Alex Murphy (Joel Kinnaman) is a loving husband, father and good cop doing his best to stem the tide of… 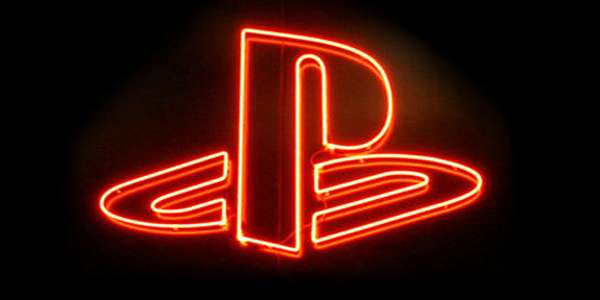 For your chance to win a PS4 go to http://since95.eu.playstation.com/ and tell us what order the PlayStation symbols appear in the video.

Eiji Aonuma’s New York Comic-Con presentation on A Link Between Worlds is beginning to reach legendary status. Nintendo has finally released an official video of the event, hosted by Krysta from Nintendo Minute. Aonuma infamously revealed many details about the game at the event, including a hint that info regarding a Majora’s Mask re-release may be hidden in the game. One interesting segment shows the differences between the 2D and 3D versions of the overworld map imported into A Link Between Worlds from A Link To the Past, with Aonuma admitting that he worked on the conversion to 3D himself because no developers were ready to work on the project yet at that point. A Link Between Worlds will launch on November 22nd.